Paramendel
Listed below are the investigations Paramendel has been on. If you would like to see the evidence, please click on the title of the investigation. We have also been part of investigations at places such as Sedamsville Rectory in Sedamsville, Ohio, Mansfield Reformitory in Mansfield, Ohio, Shady Lane Manor (Old Delaware County Home now demolished), Fort Hayes in Columbus, Ohio, Shroer Mortuary and "Old Eagles" Mansfield, Ohio, as well as participated in the first Mansfield Paranormal Convention held in 2012, with our sister group Ohio Paranormal Detective Agency. Keep coming back to see new investigations we have scheduled. We have several more investigations scheduled in the upcoming months.
All evidence posted here is considered to be the property of Paramendel and as such is subjected to copyright infringement. For use of any evidence posted here please contact the webmaster. It may not to be re-posted or used in any form without written permission of Paramendel-webmaster. 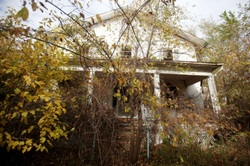 I can/could literally see this building from my house. It has had a long history dating back to the Civil War.  As a retired deputy I remember training in the building "back in the day". When I first moved to Delaware County the home was still in operation housing the elderly and indigent. Its only been vacant since the late '80's, if I remember right. There is a cemetery out back covered in weeds and there was once a place to house the mentally ill as well. In its hay day the property was 113 acre farm. I knew an older resident that resided there just prior to its closing and visited him once. It was a sad and depressing place.
There is no doubt in my mind that spirits would linger there because of all those that have passed while the building was in operation. Many of those that lived there were suffering from dimensia and I'm convinced that they would have stayed with no where else to go. Having been inside both on and off duty, a lot of things happened in there to me and other deputies that we would be hard pressed to explain. Unfortunately during our last investigation there we were hindered by both weather and unexpected group of local students looking for a thrill. The ambient noise from the rain and constant footsteps from others completely ruined any possible EVP's. Since then, (late fall of 2012) the building was torn down before we could conduct another interior investigation. I do plan to go back at some point now that the building is removed and see what the land holds. 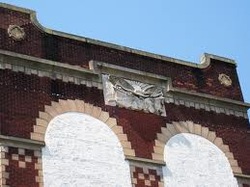 The Ohio Paranormal Detective Agency and members of our group were asked to participate in the first Mansfield Paranormal convention. The paranormal teams were each assigned two locations to investigate for roughly two hours each. Attendees of the convention were assigned to the paranormal teams and would accompany them on the investigations. (that's where we met our newest member Stephanie Pelech) During our investigations we experienced numerous phenomenon. The gambit ran from shadow people, EVP's and cold spots. We seem to have the best results at the Old Eagles, although we did seem to make contact with the youngest Shroer at the mortuary. 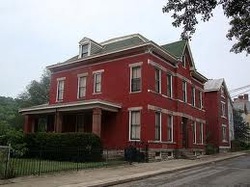 Yes its the haunted rectory seen on all the major ghost hunting shows from "Ghost Adventures" to "The Haunted Collector". I have to  admit I was really looking forward to this one as our visit was less than a month after the Ghost Adventures episode aired. We weren't disappointed.
Again we investigated with our sister group Ohio Paranormal Detective Agency. When the Ghost Adventures show aired, they spent a lot of time using a priest to help in their investigations. Tim (owner) said that he and his wife were experiencing an evil entity in the building. During our investigation we didn't experience any such entity, but there was no shortage of phenomenon. We caught numerous EVP's and had several personal experiences. Some of the noises heard came from a team of ninja raccoons raiding the trash on the rear porch area. 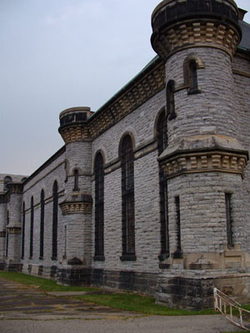 We investigated the reformatory with members of our sister group Ohio Paranormal Detective Agency. The structure is huge. A lot of prisoners have passed through the building and some seem to have chosen to stay. All of the investigators experienced some sort of paranormal activity. Hot spots were literally everywhere, from the cell block, to the Warden's Office, down in the "Hot Box", to the chapel. The team members had "shadow people" follow them, heard disembodied voices, (both residual and intelligent) members were touched and experienced other anomalies.  Numerous EVP's were caught and some of them are posted here. 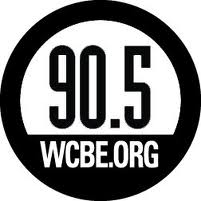 We were asked to investigate the studio along with members of our sister group the Ohio Paranormal Detective Agency due to some unexplained phenomenon experienced by members of the WCBE staff. The building is newer, but the land it sits on has a long history in Columbus and has been active as Fort Hayes since Civil War times.
There have been some deaths there, one of which being a soldier that was killed while firing a cannon to salute Lincoln's inauguration. There is still some speculation as to whether the cannon was known to be faulty. The fort's commanding officer may have purposely assigned that soldier to the cannon because he had eyes for his daughter and the commander didn't approve. That story along with many others fueled our investigation as we searched for answers for the WCBE crew. 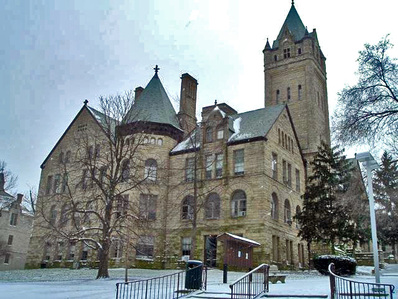 OWU has some beautiful architecture.  A lot of history has taken place in and around the area the campus now occupies. The site was once occupied by Indians, prior to Delaware being settled in the early 1800's. A tannery once existed along the Delaware Run (creek that runs through the campus).
Then the Mansion House Hotel was built on the site around a sulfurous spring, (believed to have healing attributes) before being moved in the late 1800's to its present location and renamed Elliot Hall to make room for Gray Chapel/ Adm Bldg, (pictured on the left).
OWU has had its share of death in and around the campus during its over 170 year history. The spirits range from students, faculty, workers, to people attending events on campus.
In the Adm Bldg/ Gray Chapel there are reports of a small boy that fell from the balcony in Gray Chapel while attending a performance there. An unknown girl wanders the halls of the lower levels. A "mean spirit" is said to push/ touch people in the stairwells of the building.  In the early 1900's two boys misbehaving during a performance were scolded by an unknown elderly woman apparition. A prominent local politician named Frank Willis died of a heart attack back stage in Gray Chapel while preparing his speech to announce his candidacy for president of the United States. There was also a soldier from the war of 1812 that was involved in a scuffle outside the old tannery and killed by his aggressor. He is said to be buried near the old tannery location which is now occupied by the Gray Chapel-Adm Bldg. All that is just in this building. The other buildings have their own history. 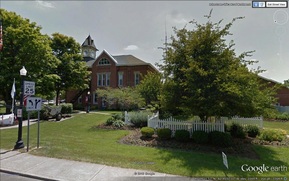 Johnstown, OH is a quaint little town in northwestern Licking Co with a lot of history. The Monroe Township Building we investigated was built in 1883. The original track of land was given to John Brown of Kentucky as a Revolutionary War Grant for his service during that war. (a common practice in those days to encourage new land settlement)
In 1810 he sold the land to a Dr Oliver Bigelow who was also a Revolutionary War Vet. during the year of 1813 he laid out the town, but by 1817 he had died.
When the Monroe Township Building was dedicated to the city in 1885 it was used for everything from lectures, plays, musicals, revivals, to political rallies. Old backdrops still in the building were made by Armbrusters and Sons Co. Reports from the people frequenting the building include voices, strange noises and visual anomalies.

The old Jail may be a small building, but it seems to hold a lot of history and its share of phenomenon. The cells may look empty, but they weren't. Built in 1888 and dedicated in 1889 it has been moved to S Pratt St from its original location.